Working with ION on the structural and functional whole brain analysis of Zebrafish, from the perspectives of topological features, functional integration in response to external stimulations, and neuronal dynamics. Quantifying the spatio-temporal spreading patterns. 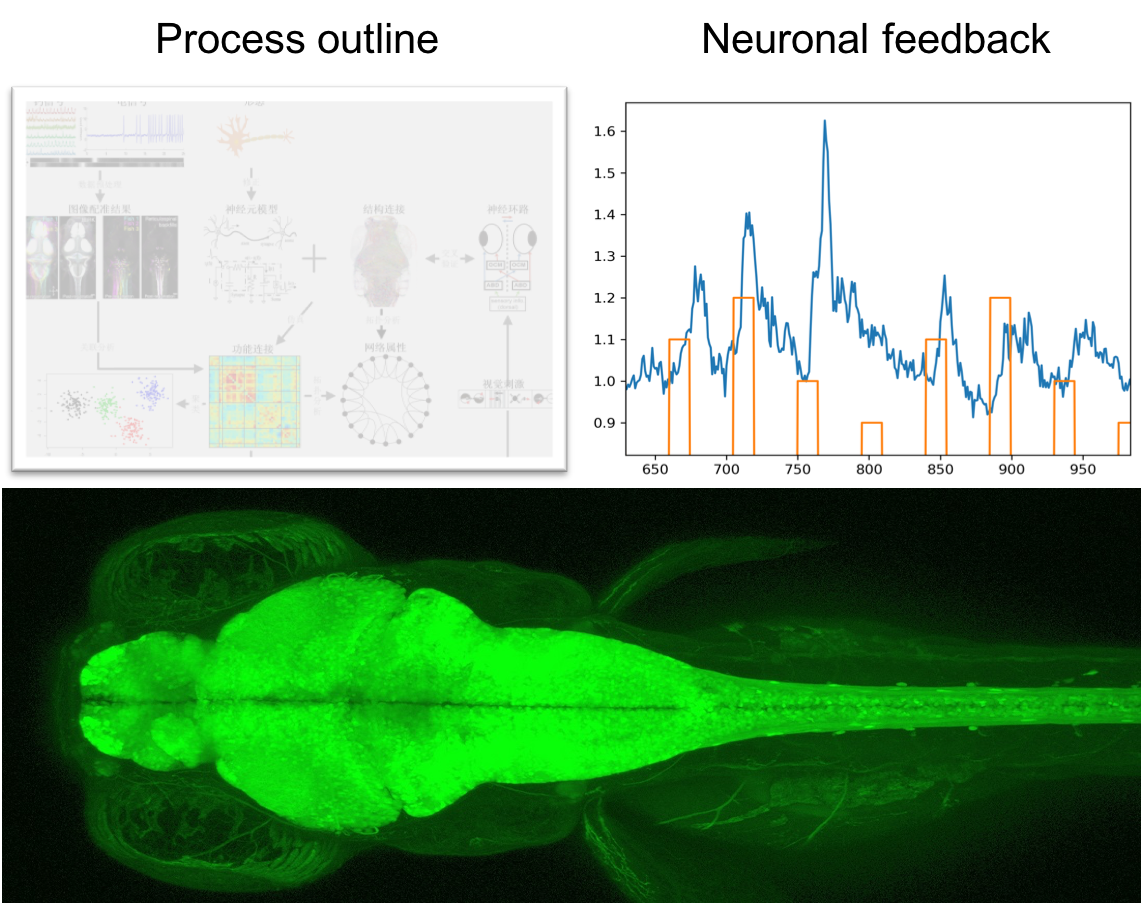 Functional connectivity captures the temporal association between brain regions, and characterizes how different regions are integrated and segregated to facilitate brain function. We attempt to understand its emergence from a complex-systems perspective:

In networked systems, a local perturbation can propagate by following paths along the network of interactions between the system’s units. Such behaviour can lead to a large-scale cascade of interaction failures. We adapt a classical load-redistribution model and based on brain networks that have been investigated with diffusion MRI, conduct an analysis of the vulnerability and cosusceptibility of the corresponding brain networks. We find a group of nodes that can, potentially, fail simultaneously. The cascade model advances our understanding of linked failures in brain networks, and our results provide new insights in understanding disease progression in, e.g., Dementia.

The interplay between structure and dynamics is sufficient to induce the emergence of collective behavior among coupled oscillators. Our interests lie in understanding how the structure of complex networks shapes the collective dynamics; analysis of spectral properties of complex networks; and statistical characterization of real-world networks. 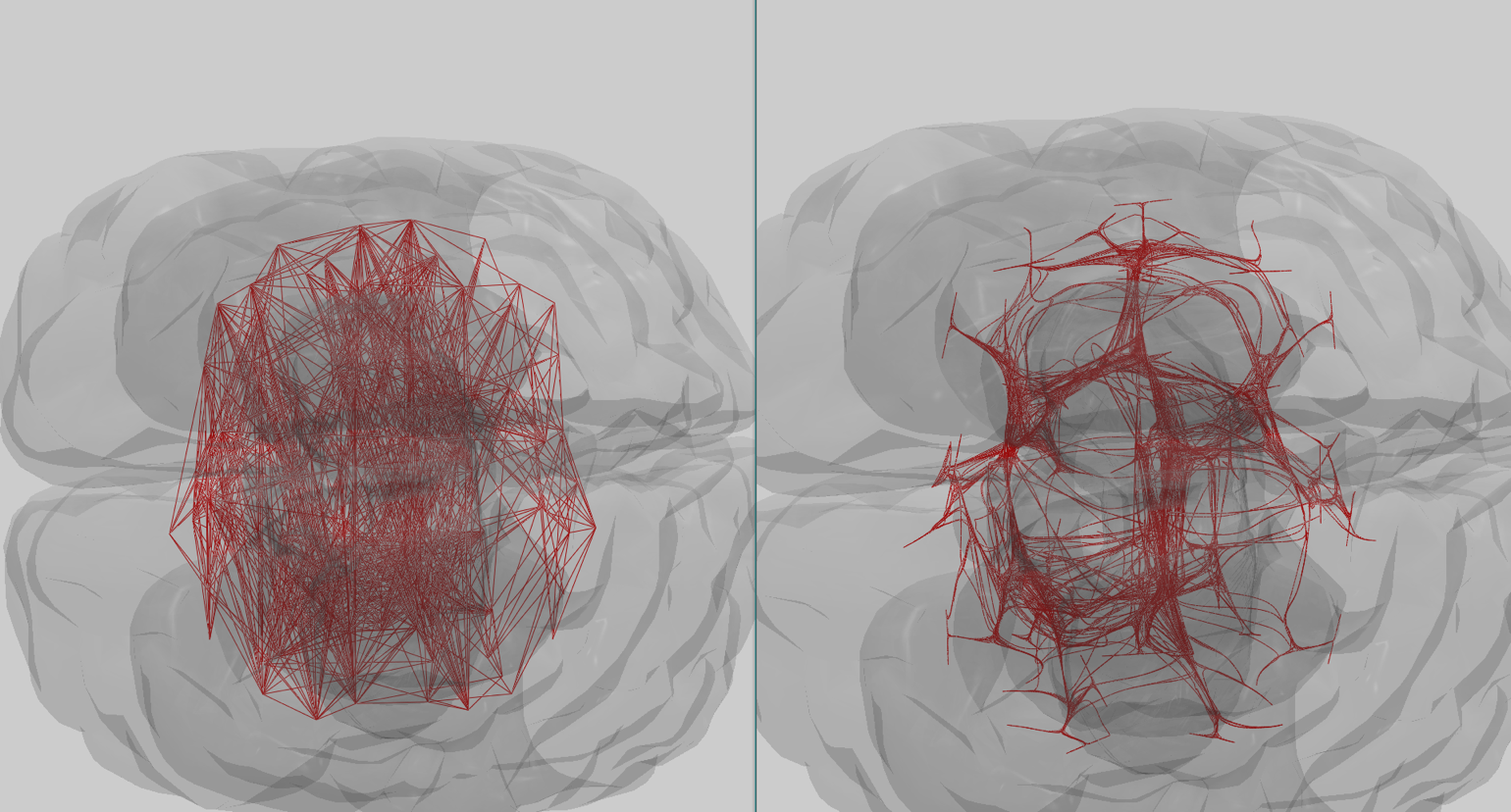 Based on previous brainbundler software, we are developing in-house software for 3D brain graph and dynamic perturbation spreading in networks.